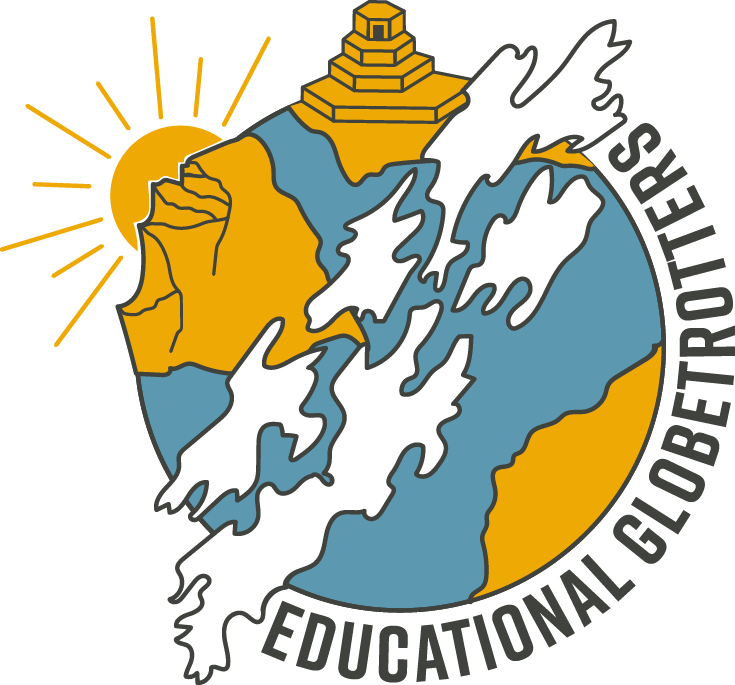 A Saturday excursion with MMTours will take you on a Viking adventure to the Southern Island of Sandoy. This destination will teach you about Faroese history, including viking legends. Not only will you have the opportunity to go back in time, you will be surrounded by the everlasting beauty of the island. If you are interested in Faroese culture and the picturesque, turf covered houses, this tour is for you.

The tour begins with a ride out of the capital, Tórshavn, while listening to the voice of your guide. On Saturday, Jógvan Thomsen will be on the mic. Jógvan knows his viking history very well and provides some great background about the islands in general. He is very intelligent and is always ready to answer any questions you may have about the islands as well as Faroese culture.

After about 20 minutes of riding through fog covered hills, you will arrive to your ferry. Once aboard the ferry, the ride is about 30 minutes in length to Sandoy. If the weather is calm, the ride is very easy and relaxing. If you don’t mind the chilly temperatures, head out to the upper deck to take in the views.

Once docked in Sandoy, you will hop on the bus and be on your way. Jógvan does an excellent job showing the group around while explaining the history of the towns that you pass through. Even though this was the only day I encountered rain while in the Faroe Islands (which is pure luck), the villages were gorgeous. The unique houses were covered with the iconic turf roofing as the oldest were constructed using stones. When you see postcards of the Faroe Islands and its houses, these are the kind you see.

The first village stop was in Sandur. As this area is full of some great history, we spent a good amount of time here listening to Jógvan as he showed us around. One of the most unique things about Sandur’s history is that it was once an important spot during WWII. While the Germans were planning to use the Faroe Islands as a base, the British intervened and made their way onto this beach first, thus making Sandur an important strategical point. It is also home to some sea mines that have washed ashore.

Sandur was not only an important island base for the British, it was home to Vikings. It is easy to walk through this town and get lost in the atmosphere. Walking paths and streets are full of viking ruins that you can get face to face with. The doors are made of wood while the structures are made using stones.

If the tiny houses aren’t beautiful enough, the background should suffice. Some of the houses were built right up against the water. I can’t imagine living in a place like this with the amount of cold wind and rain the area receives annually. Maybe not the best spot to live long term, but certainly an awesome one to explore.

As most European towns are, this one is centered around a church, the largest building in town. This building too replicates the turf roofing of the surrounding structures.

It is not often you have the opportunity to see a church roof covered in grass.

After a short coffee break to warm up in a nearby hotel, we made our way to the beautiful town of Dalur. Situated in a tiny cove, this town was nothing short of picturesque. The valley that plays host to this small town works to shelter its inhabitants from the harsh winds. Dalur is very similar to Tjørnuvík in design.

While in Dalur , lunch is offered. The lunch is either a smoked salmon or chicken sandwich. I ate the smoked salmon everyday and can admit that I never became tired of it. How can you go wrong eating smoked salmon in the Faroes whilst being surrounded by jaw dropping views?

After chowing down on my last smoked salmon sandwich of the week, we were off to our final stop on Sandoy, Skarvanes. This tiny village is unique compared to the others that you will see on this day. Skarvanes sits upon the top of a hill overlooking the ocean, while the rest of the villages are next to the shore line. There is not much to explore or see, but it is a great subject for some photos.

Once everyone has their fair share of photos, it is a race against the clock to get back to the ferry on time. Jógvan made sure we were back with plenty of time to spare so we did not get stuck on Sandoy. Once back on the main island of Streymoy, we had one more stop.

Looking back on the tour, I can definitely say that Kirkjubøur was the most interesting stop. It does not have as dramatic of scenery as the towns on Sandoy, but this small village is very historic.

Jógvan took us into the beautiful Saint Olav’s Church. This gorgeous cathedral stands as the only cathedral in the Faroes. On top of that, it was built in 1111, making it the oldest church of the islands. Jógvan dove into the history of the building for about 20 minutes. While talking, you could hear a pin drop as he easily had everyone’s attention. The most interesting fact that I got out of visiting the church revolved around the painting on the wall.

The most famous painter of the Faroes, Sámuel Joensen-Mikines, made a painting for this ancient church in the 1970’s. One night while drinking, even with the painting unfinished, he decided that he would go into the church and hang the painting himself behind the altar. After realizing he may be a little bit too intoxicated, he told himself that he would come back and finish his masterpiece on a different day. The next day, he became very sick and eventually passed away. He never finished the painting. It is displayed behind the altar as his last work of art.

If the history of this 900 year old church is not enough for you, the last stop should do it. We walked just up the street and into an extremely old wooden house, Kirkjubøargarður. From the outside, it looks like any typical house in the Faroe Islands, but on the inside it is so much more.

This house stands as the oldest inhabited wooden house in all of Europe, if not the world, which is crazy to think about. It has stood in Kirkjubøur for over 900 years. The current family, the Pæturson’s, have been running the farm for 17 generations. The room has many things that are unique to Faroese culture such as tools for gathering sheep and hunting birds down amongst the cliffs. We were even introduced to an older version of the tool they used for hunting whales. It is always really cool to see how things evolve over time and this house is a great representation of Faroese culture.

The day concludes with another ride through the amazing landscape of the Faroe Islands with more commentary provided by Jógvan. Make sure to ask as many questions about Faroese culture as you’d like, Jógvan is always ready and willing to answer. MMTours will drop you off in the same place you started. Don’t forget to book your tours for the next week if you are staying longer! The Monday tour of the “Golden Circle” and Slættaratindur is unmissable.

If the pictures didn’t do enough for you, take a look at our video of Sandoy

To book your vikings tour, follow the link below!

For more photos of a trip to the Faroe Islands, check out my photo gallery!

^ Swipe For Gallery Above ^ While other Christmas Markets throughout Poland are buzzing this time of year with big crowds, the small town of Torun is a nice change of pace. This well kept secret sits beautifully along the Vistula River presenting its visitors with beautiful, old and rustic architecture. This Polish gem plays […]

Mexico is an incredible country full of some of the best culture and scenery across the planet. In just the last few years, Mexico has continued to gain popularity and has ranked as high as 8th on the list of most visited countries in the world. In this touristic boom, many people travel to Mexico […]

Poland. The land of castles, dragons, colorful buildings and of course, pierogis. Whereas Poland is not nearly as visited as other countries such as France, Italy, Germany and Spain, it is one of the most culture rich countries in all of Europe. Surprisingly, Poland sits at 10th on the list of most visited countries in […]